The entire crew plus the in-laws.

How did we pay for this trip:

We bought tickets 7 months prior to the trip. We started tracking prices with the Kayak app. We received a notification that tickets were $230 to Mexico City on Delta so we bought eight tickets right away. We did not use any miles, but the tickets were so cheap it didn’t bother us paying for all our tickets.

What Airline(s) did we fly on:

We flew economy on Delta Arlines. We really like Delta, unfortunately, Delta only took us to Detroit and from there we flew on Aeromexico. We decided to give Delta Airlines the following ratings:

Comfort: 7/10 – Pretty spacious seats for economy. Everyone seemed to be comfortable.

Food: N/A since there was no food service.

Kid Friendly: 9/10 – Delta called for parents with small children and we were not give a hassle about all the kids tagging along for the pre-boarding process.

We flew economy on Aeromexico from Detroit to Mexico City.

Service: 1/10 – Flight attendants and people at the gate, especially in Mexico City, seemed to be upset at the company which really shows when dealing with clients. When I complained about the pre-boarding with children, I was put on the side for additional screening.

Kid Friendly: 1/10 – No pre-boarding with small children. I was told it is company policy.

Entertainment: 2/10 – The entertainment consisted of a 7 inch, 90’s style, overhead TV with a pre-selected movie.

Where did we stay:

We stayed with family in Mexico City in the Iztapalapa neighborhood. We recommend staying in the Condesa, Coyoacan, Reforma, Polanco or Santa Fe neighborhoods for a more safer, central location in Mexico City.

We also traveled to Guanajuato and Leon. We stayed at the Courtyard Leon at The Poliforum. Breakfast was included and really tasty. The service was excellent and at $110 per night, you can’t beat the value.

If you are a big family, rent a car. Make sure your hotel has a free garage to store the vehicle. If you drive to the Zocalo be prepared to spend lots of time finding parking. Better yet, take an Uber or two. If you do rent a car, drive outside of Mexico City. It’s pretty safe as long as you stay on the interstate until you get to your destination and you drive during daylight.

If you rent a car, be prepared to pay as much as you would in the US or more. Having a car in Mexico is really expensive and the insurance is no joke. We ended spending over $1000 more on additional fees and insurance.

Don’t fly on Aeromexico unless you really have to. The Airline is not doing well, why go through the hassle if you have other options? 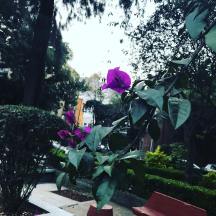 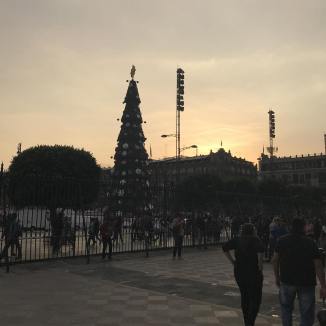